You are here: Home / About us / Customer feedback

Your opinion is important to us!

Positive customer experiences are the key to our success. Customer feedback helps us to ensure our quality, because after all, quality is what sets us apart.

We invite you to take a few moments to read through the feedback and opinions of our former clients. If you have any questions about one or the other project, please don’t hesitate to contact us!

We have already successfully completed a project with you and you would like to share your thoughts with us and future customers? Then please send us your feedback.

Thank you very much!

Send us your feedback! 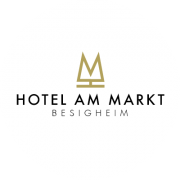 On September 1, 2017, we opened our Hotel am Markt in Besigheim. The historic half-timbered building in the heart of the town shines in new splendor. Since the first day we are overwhelmed by the positive feedback and the high popularity of our hotel and cafe guests.

Apparently we have found the right mix of historic structure, modern amenities and charming zeitgeist. Without RENOVATIV GmbH, without Achim Greiner and his team, we wouldn’t have made it. Together, within a few months, we were able to awaken this historic building from its slumber and bring it to new heights. At the same time we felt attended and advised in a professional way.

During the renovation works of a building dating back to 1614, there were of course structural surprises. In dealing with all the problems, we needed a competent and experienced partner whom we could absolutely trust. We trusted Achim Greiner and the team and we weren’t disappointed. On the contrary! At any time, we would entrust RENOVATIV GmbH with such a project again. Thanks to the good cooperation and flexibility of RENOVATIV, our ideas could be realized without breaking our tight financial framework. A once gloomy-looking old house became a hotel and café, radiating warmth, comfort and hospitality.

Thank you very much Achim Greiner and the whole renovation team! 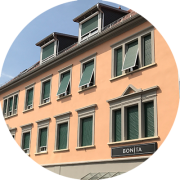 When I got to know the CEO of the company RENOVATIV, everything still seemed very far away.
The apartment to be renovated was already about 200 years old and looked accordingly. Dull windows, rotten stairs, dark beams and a lot of inconsistencies received me – for many reasons quite life-threatening!

Inevitably, slight doubts raised as to whether all this would succeed. But Mr. Greiner encouraged me and spoke of bright rooms on all floors and he kept his word. Even though again and again difficult decisions had to be taken – how else could it be with the complete refurbishment of an old building – I was never left alone and received sympathetic support. The arrangements concluded with the construction company RENOVATIV were well complied with, so even issues related to building delays could be minimized.

Also in the craft sector, the team worked cleanly and carefully and almost everything was carried out to our full satisfaction. Particularly worth a mention is the willingness of the property developer to remedy the deficiencies that occurred afterwards, without any objection and as quickly as possible.

Consequently, I can draw a wholly positive conclusion. Despite the difficult conditions, the developer has worked well and can be recommended with an easy conscience. Anyone who walks through the pedestrian zone of Schwetzingen can admire this jewel case opposite the Tchibo shop.

Over a cup of coffee with CEO Mr. Greiner, you can always have a good and problem-solving conversation – just give it a try.

The location of my apartment and quality of work is just super. Design of the whole area is in good taste – cozy and elegant. The material used is of very good quality (strong and solid) comparing with average level.

Colleagues are practical, efficient and good in communication to understand and fulfill customer wishes in time and in quality. My apartment was almost finished when I was on 1-year sabbatical outside of Germany w/o much disturbing which is amazing. 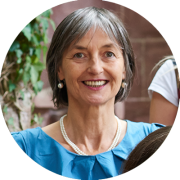 RENOVATIV has already carried out several construction measures for us and each time we’ve been very satisfied! Whether it concerned the renovation of our historical villa in Heidelberg, the design of our new offices in a former kitchen, or works on our castle in Swabia, RENOVATIV has always been able to offer an appropriate solution at hand and had many great ideas concerning the renovation of old buildings. Also our personal wishes have been met very well.

The company works with a great team and is very reliable, affordable, responds promptly and is always easy to reach. The next project is already in the planning stage!

Together with the company RENOVATIV, we managed to give the old asparagus factory of Schwetzingen in Carl-Theodor-Straße 29 a fresh new look again. From the planning to the implementation of the ideas, everything was in good hands. The craftsmen RENOVATIV works with are very reliable, creative and are able to face the challenges involved with a listed building and to realize the ideas of the customers. All this was done within a conversion time of about just one year.
During the construction phase, it was great to observe every day how an old building was transformed into a gem within short time, meeting today’s technical requirements in every aspect. 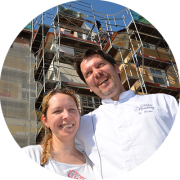 The renovation of an historical building is a challenge one does not like to undertake with enthusiasm – unless you’re a craftsman. In any case, we sought support in all tasks related to the planning, the awarding of contracts, the inspection and approval of the completed work, and are really glad we have chosen RENOVATIV.

With RENOVATIV, we had a contact person from start to finish and a great team we could count on. The planning based on the budget was executed by RENOVATIV, as well as the selection of craftsmen and the construction management – everything in direct coordination with us. Also, the communication worked always perfectly before, during, and after the renovation work.

Without this service of “getting it all from one source”, we would have never managed to finish this project in time and on budget, and the result is impressive and often admired by our guests.

If there is ever a project on our agenda again, we will contact RENOVATIV again without hesitation. 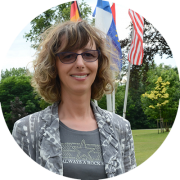 I entrusted the extensive renovation works to the team of RENOVATIV and I don’t regret it: they are true professionals. They advised me very well in the choice of materials and pointed out many  details which I would not have thought of. The quality of work is perfect and all agreed deadlines were met.